Every Saturday I like to make my way down to Eastern Market. This is the biggest farmer’s market in Detroit, and has been an institution in the city since 1891. The history of the place incredibly, and you are able to get the freshest produce, and connect with local businesses from all over Detroit.

Last Saturday I ended up going down a bit late. I showed up around 3:15pm, and most vendors were packing up. I speed walked through the sheds, trying to find some fresh produce I could buy. I stumbled upon a stand that hadn’t packed up yet, and they were trying to get rid of all these tomatoes. The lovely folks running the stand sold me 13 big tomatoes for $4! I couldn’t pass up that deal. With a basket full of tomatoes in tow, I decided I would make some pasta sauce.

So many beautiful tomatoes! How could I say no?

I started making pasta sauce, and then I tried it, and didn’t want to add anything else to the dish. So my pasta sauce became a chunky tomato soup. It’s so delicious!

The key is roasting the tomatoes before adding them to the pot. I am an umami addict, and roasted tomatoes are a staple when searching for vegan sources of savory goodness.  So without further ado, on to the recipe we go!

The first step is to chop the tomatoes in large chunks. This helps speed up the roasting process. 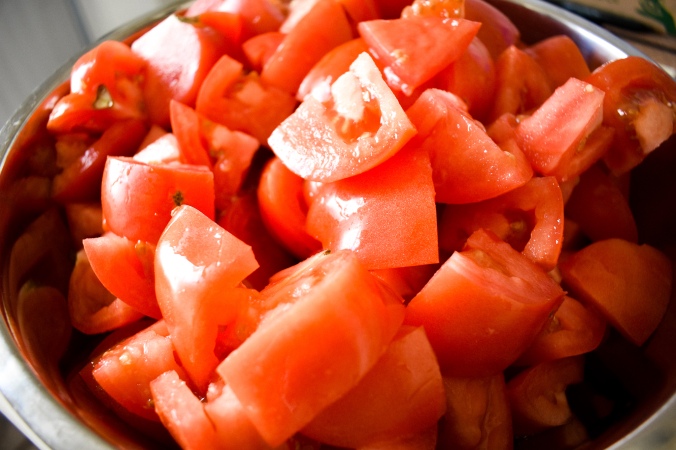 After those are cut up, I tossed them with olive oil and salt. The next step is to put them in a single layer on a pan, and throw them in the oven. I set my oven to 425 degrees, and roasted the tomatoes for 40 minutes.

Step 2: Toss tomatoes with olive oil and salt. Put them in the oven at 425 degrees for about 40 minutes.

Onions and garlic used for the soup.

Onions and garlic are chopped and ready to go!

Once the tomatoes are looking nice and roasted (you can see the skin start to get wrinkly), pull them out and let them cool for a few minutes. 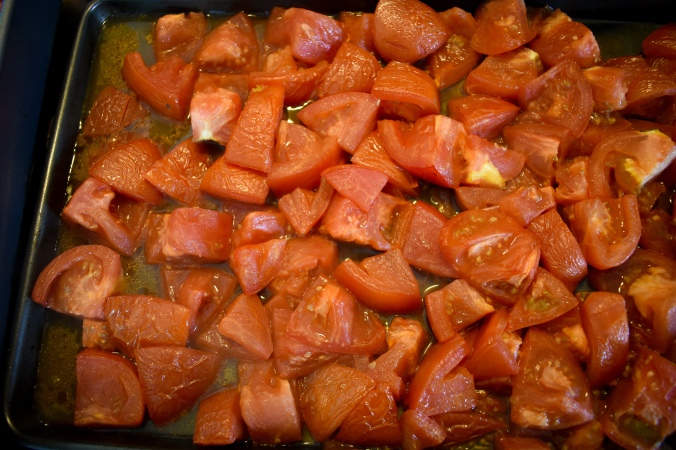 The next step is to blend the tomatoes. I like chunky soup, so I only blended half of them. If you like your tomato soup really smooth, go ahead and blend all of them!

Food processed half of the tomatoes so I can have some delicious chunks in my soup.

Once you’ve blended the tomatoes, we start cooking in the pot! Put some olive oil in a big pot, and sautee the onions and garlic until they start to look slightly transparent (about 3 minutes).

Sautee the onions and garlic.

Once those are done cooking, add the tomato chunks and blended tomatoes. Don’t forget to add the liquid that came out when roasting! It has a ton of flavor. Let the mixture simmer for about 40 minutes, until you’re happy with the consistency. 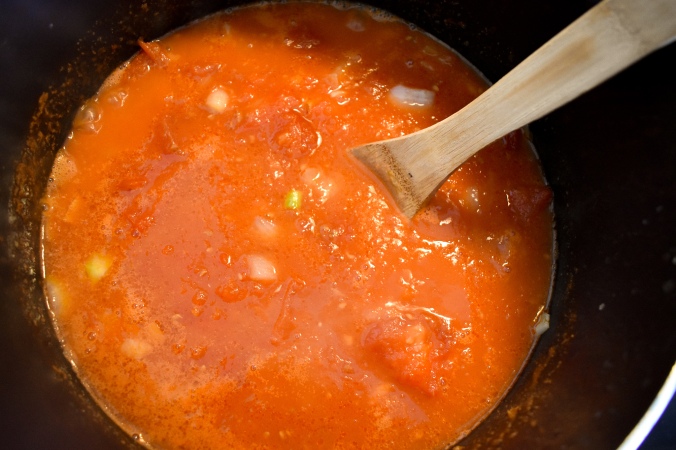 Once you’re happy with the consistency, the soup is good to go! Add some salt and pepper to taste. I didn’t add any other herbs. I didn’t feel it needed it. The flavor of the tomatoes was too good on its own. Enjoy!!! 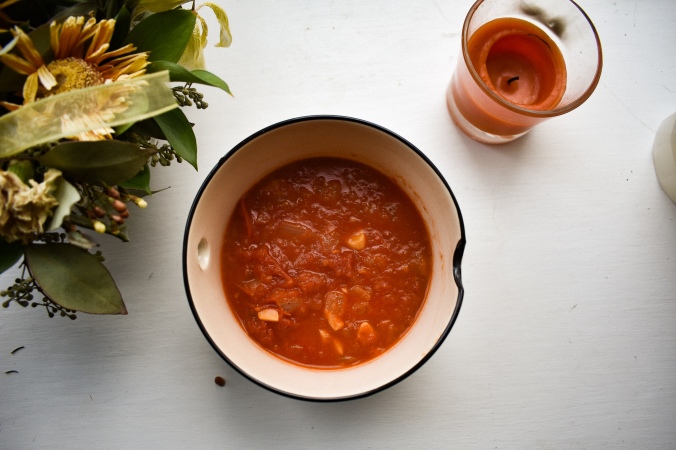 All finished! A beautiful and delicious bowl of chunky roasted tomato soup. 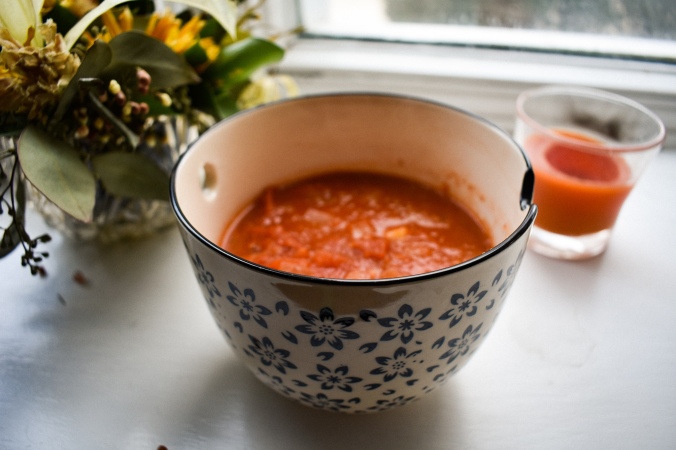